From Social Distance to Social Justice: Bringing Congregants Together

Jill: In the early days of the shutdown in March through May 2020, most Friday nights I found myself logging onto Zoom around 7:30 pm.  In those first few weeks of adjusting to working and isolating at home, cut off from my usual routines and the people I interacted with every day, it was a relief to connect with my fellow Beth El congregants, who were similarly anxious and adjusting to this new reality, for Shabbat services.  Our clergy did a masterful job of helping us process this strange situation even as they adjusted to conducting services from their own houses and experimented with different Zoom features.  Especially those first few weeks, I found it bizarre to watch services like a TV show on my personal computer from my house, but the familiar prayers and saying hello to people via the Zoom chat box slowly became more comfortable and eventually comforting.  It was a relief to connect each week in this core Jewish ritual.  I wondered, “How are people who don’t have a congregational home feeling right now?  They must feel even more isolated than I do as a single adult woman living alone during this strange time.”  Perhaps the sense of connection Beth El gave me in the spring of 2020 is one of the reasons I volunteered to participate in this summer’s Listening Campaign.

Ruth: Although we’re from Chicago, my husband and I spent the first year of the pandemic in lockdown in Eastern France, only moving to Charlotte in late February 2021.  Moving to Charlotte in the middle of the pandemic was scary and daunting. For the past 12 months, I had been isolated in a place where I was not fluent in the language, went no more than 2 miles from our home, and had not been able to see family or close friends even outside and for walks. While our daughter and her family had already moved to Charlotte, she was more than busy with two young children and a husband working in a hospital. Although I had logged into services and other Temple Beth El programs those last few months in France, I had only met a couple of Temple Beth El congregants virtually. How was I going to connect with new people, feel part of a community, and learn about the local Jewish environment?  As a retired grandmother, I was especially concerned about how I would integrate into my new community and synagogue during a time when people are focusing on staying apart instead of coming together.

Ruth and Jill:  In March 2021, we were both separately approached by newly hired Social Justice Outreach Coordinator Nicole Sidman.  After gauging our interest and motivations, she invited us each to join the Community Organizing Core Team that would guide and conduct a congregation-wide listening campaign over the next six months.

Jill:  As a lifelong member of Temple Beth El, I am attracted to anything that builds this community that has given me so much, and I love anything that engages and increases my sense of connection to others.  From participating in our last Tzedek Council Listening Campaign in 2017, I knew that community organizing principles, which emphasize sharing stories and building relationships among participants, is an effective way to connect congregants and come to a consensus on our needs and priorities. Although I knew it would be a big-time commitment, I told Nicole I was ready to participate in any way that she needed.  I knew most of the other team members slightly, but I’ve learned that working on a project with others is a great way to get to know people better.

Ruth:  From my first talk with Nicole, I felt grounded by the Listening Campaign and that it would lead me to naturally engage more broadly with the community.   Through our weekly Zoom meetings, I began to build relationships with the other members — Sandy Altschuler,  Rebecca Drechsel, Noah Granade, Betsy House, Matt Kelly, and Stephanie Starr — and began to feel connected.  As I began to call and email members to invite them to attend the Listening Campaign kickoff and house meetings and then participated in house meetings and as participant and notetaker, I appreciated the generous way my fellow congregants shared their stories including personal challenges and recognition of inequities that the pandemic highlighted.  In addition to giving me constructive activities to focus on each day, my work on the Listening Campaign led me to reflect on and make meaning of the momentous events of the last year, while working with others on a foundation for future action.  I’m grateful for and feel so fortunate in the friendship and partnership that this process has generated.

Ruth and Jill:  Even as we conducted the final house meetings in late June, our team began to identify patterns and themes from the stories shared at the meetings.  We invite you to see some of the initial results of our analysis on our new video which will be shared with the congregation and can look forward to upcoming stories to be published on the TBE website during the month of Elul and a final report around the High Holidays. There has been wide engagement, openness, and thoughtfulness of so many members of TBE in telling their stories of the pandemic, interpreting their experiences, and expressing perceived inequities.

Thank you to everyone who has already engaged in this initiative by attending a house meeting.  We look forward excitedly to the next steps as we widen the discourse and move closer to partnership and action. 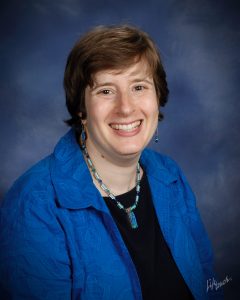 Jill Blumenthal (pronouns: she/her) grew up in Charlotte, came back after attending college in Pennsylvania, and has never otherwise lived anywhere but Charlotte.  She is a SINK (single income no kids) who works at Foundation For The Carolinas and is currently serving on the Temple Beth El board as well as the Community Organizing Core Team. 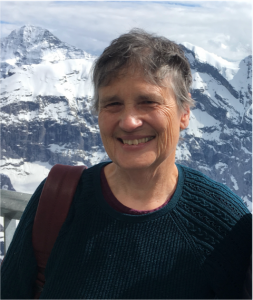 Ruth Pordes (pronouns: she/her) came to Charlotte in February 2021 to be near family in North and South Carolina. She is a longtime member of Congregation Etz Chaim in Lombard, Illinois,  and is retired from many years in computing at Fermilab, near Chicago.  She is starting as the new liaison from Temple Beth El to Sterling Elementary School and is happy to be part of the current Community Organizing Core Team.

After the recent weekend of reflection and exploration with our scholar-in-residence, Dr. Betsy Stone, Temple Beth El continues our commitment to mental health and support of those

Following the overturning of Roe v. Wade by the Supreme Court this summer, Temple Beth El’s Board of Trustees approved a formal resolution in support

As you may have heard, 2023 marks 80 years since the founding of Temple Beth El. For the last year, we have been thinking about