Tishah B’Av, the holiday that commemorates the destruction of the 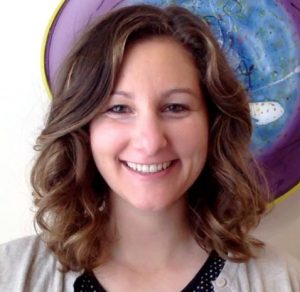 ancient Temples in Jerusalem and other tragedies in Jewish history, can seem removed from our modern lives. Our ancient texts and rituals speak to the themes of trauma and injustice. This Saturday we will come together for a creative havdalah and evening service, followed by a learning session on the Book of Lamentations, the scroll that is traditionally read on Tishah B’Av, where we will look at Lamentations through the perspective of the #MeToo Movement. We will explore gender, violence, and power as we discover the ways this ancient text can teach us about healing and justice in the wake of abuse.

The Book of Lamentations poetically and powerfully portrays the devastation felt by the Jewish people following the destruction of Jerusalem and the Temple.  These events were incredibly traumatic, causing a massive upheaval in religious practice, government, and national identity.  But Lamentations is not an historical source that describes specific details and events, but rather captures the emotional trauma, the feelings, concerns, and anxieties of those who experienced these moments through the character of Daughter Zion, who represents the city of Jerusalem, and her experiences build a road map for the stages of grief that follow.  Lamentations begins with total despair and ruin, giving voice to the sharp pain felt by the nation of Israel, and through this process slowly transitions towards stability and even a glimmer of hope for the future. It is a powerful piece that can be difficult at times to hear; but by listening to these dark feelings, even as the audience 2,500 years later, we honor that voice by holding space for its pain and exploring the depths of its meaning.

One of the most powerful aspects of the Book of Lamentations is that, while it speaks directly to its original context, it helps us explore many other situations of trauma and tragedy: though the language of the work is ancient, its message is thoroughly contemporary and it offers us an opportunity to read it within a twenty-first century context even today. In the past months, in the wake of the #MeToo movement that propelled discussions of sexual violence into the national dialogue, women have stepped forward to tell their stories of abuse, expressing deep and long-held pain and grief. More and more people in power are accused of improper and inappropriate behavior towards women. And so each week more and more women expose their stories of experiencing sexual harassment and assault, unleashing a tidal wave of calls that echo the words pouring out Daughter Zion’s mouth: “Look and see!”  In order to properly apply the message of Lamentations to the twenty-first century, we must understand the text’s message and role in the new ways that people and society can look at and take seriously sexual violence.

As Daughter Zion begins to speak and the gaze of the audience moves in closer to hear her share her experience, it is impossible to turn away and not hear her words. She does not mince words or allow the narrator or the audience to silence her.  Now, as thousands of women share their experiences of violence and degradation, it has become impossible to turn away from their words.  Not only must people listen to what they say, but also they cannot hear it and move on, the inundation is so great that society now has to sit in these stories with them.  And as we listen to these voices, we become comforters and supports as well by being present for that person.  Just as the audience becomes her comforter by moving in and mourning with her, by hearing a woman share her story of sexual violation and sitting with her in her pain, we begin to undue her suffering and take the first steps toward healing.

The most powerful opportunity that reading Daughter Zion’s speech offers us today is the opportunity for healing by understanding this metaphor as an artistic expression of a real experience that real women live through every day.  By listening patiently and empathetically to Daughter Zion, we should be reminded to listen in the same way to survivors who share their pain and anger as well.  We hear her misery and give her space to emotionally unleash, which allows her to process her experience and begin to heal.  Indeed, she cannot begin to heal until she speaks her feelings into her and our reality, she must sit in her despair first and we must sit there with her.  Her speech can remind those who have suffered abuse that their feelings are valid and real and clarify for those who would hear that pain the importance of listening empathetically.  If we read Lamentations today and take seriously the message and the learning and healing opportunities that the text offers, then we can learn how to call out for justice in our world as well.

We are excited to welcome Rabbi Lexi Erdheim as our new Associate Rabbi. As a member of our team, Rabbi Erdheim will have a full

As a general matter, I am not a joiner. No fraternities or clubs for me. On the rare occasions I am not working, I like