“Remember the Sabbath Day and keep it Holy” Exodus 20:8

As a child, my sister and I had specific chores that we had to do. Mine was the not-so-glamorous task of taking out the garbage every evening after dinner.

Fridays were terrific. Dinner was a little later and less rushed. I had no homework that needed to be completed for the next day. It was like a pause button was pushed after a hectic week of school, tests, homework and after-school activities.

Each Friday night, as I took out the garbage, I watched for a predictable image. Just after sunset, framed within my backyard neighbor’s large picture window, two candles would glow through the winter darkness. I remember this observation so clearly during the winter months because you just don’t forget the frigid chill of a New Jersey winter night.

I was intrigued by the serene glow of the candles. As the evening progressed, I would look out of my bedroom window and watch the light slowly diminish. I never knew the reason for this Friday night ritual, and I never thought to ask our neighbors. But whatever the reason, I wanted to light my own candles.

Years later, I met Alan Krusch. Yes, the nice Jewish boy meets the good Catholic girl in a bar. I can’t make this stuff up! After dating several months, I would go to Alan’s home to celebrate the Jewish holidays or Friday night dinners. Lo and behold, Alan and his family lit candles and recited prayers, especially on Friday evenings after sunset!

After Alan and I married, I started reading more about Jewish rituals and traditions. Our sons were born and began their journey at Temple Beth El. After years of reading, studying, praying and reflection, I converted to Judaism. One of the conversion gifts I received from our Sisterhood were Shabbat candlesticks.

Now, almost sixty years after watching those candles glow in my neighbor’s window, I too light my own candles each Friday, and recite “Blessed are you Adonai, our God, Sovereign of all who hallows us with Mitzvot, commanding us to kindle the light of Shabbat”. 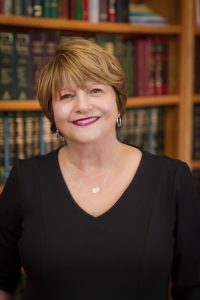 Claire Krusch has been a member of Temple Beth El since 1983. Over the years Claire has worked on several committees. Most recently Claire is the leader of the Journal Writing TriBE, “This Is Us.” Claire is the founder of Sharing With Shoes which donates new shoes to children in Charlotte Mecklenberg Schools who are in a homeless crisis.

PrevPreviousDeveloping Trust, Despite Differences by Rob Abramowitz
NextRitual and Re-Connection, or, How My Daughter Prompted the Rebuilding of My Jewish Practice by Keith RosenthalNext