Tikkun olam—repairing the world, often through social action—has long been a cornerstone of Temple Beth El’s mission and values as a congregation. We have seen this in the number of canned goods collected for local food pantries around the High Holy Days and the many volunteer hours our congregants devote to causes in Charlotte and beyond. Over the last two years, Temple Beth El has worked to broaden our commitment by developing ways we can work together to address some of the systemic barriers to equality and justice, specifically around racial inequality.

This evolution in our approach to tikkun olam as a congregation was spurred by the police shooting of Keith Lamont Scott and the resulting Charlotte Uprising in September 2016, which sparked important conversations around the city on racial inequality. We at Temple Beth El acknowledged that our current efforts—though important and still necessary—were barely scratching the surface. We had focused much effort on the “leaves” and not enough on the “roots” of the issues that we care about.

Tikkun olam is an audacious goal. This guiding principle urges us to act for the greater good (“repair”) by thinking systemically (“the world”). We are charged, as a congregation and a community, to figure out how to make meaningful repairs to an incredibly large and sometimes unwieldy system. At Temple Beth El, we are using the principles of community organizing to help engage our large and diverse congregation around a shared vision of how we can contribute to achieving racial justice in Charlotte.

We define community organizing as building powerful relationships across lines of race, class, and difference, grounded in trust and mutual respect, and leveraging the power of people to act in shared self-interest to help make systemic change. Through building relationships within and outside of the congregation, listening to the varied perspectives of congregants and neighbors, researching key issues, and identifying where our unique capabilities as a congregation can make the most impact, Temple Beth El is drawing on our collective power to tackle complex challenges.

We began with listening. Before taking action as a congregation, we needed to better understand both the diverse perspectives and backgrounds among our membership and actions and strategies of other faith groups and social justice organizations. Through listening circles with members, we learned that some of us grew up in diverse communities, while others didn’t. Some members shared their stories of being both Jewish and people of color. All of these experiences shaped how individual members of our congregation experienced, and still experience, race.

Congregants noted the tremendous disparities they saw between white residents and communities of color, often acknowledging segregation in our city’s neighborhoods and schools. Their stories spanned several decades and showed us the importance in understanding the historic context that created systemic racism.

We then put our listening into action. We identified three issue areas that kept bubbling to the surface in our conversations with members: prek-12 education, affordable housing, and criminal justice. With this narrowed scope, we developed a plan of action for pinpointing specific ways our congregation could make actionable, systemic change in Charlotte. We created three teams to dive deeper into each issue area through research, one on one conversations with other congregants, and meetings with external organizations to make stronger connections in the greater Charlotte community.

We regularly hold community organizing trainings for our members to engage more congregants in this work and build leadership within our ranks, with the intention of developing a sustainable social action model that will guide us over many years.

We also developed a public event series to educate our congregation and other community members on the intersection of racial justice with these three topic areas. Our fall kickoff event featured a lecture from Dr. Willie Griffin, the staff historian of the Levine Museum of the New South, who gave a historical overview of race in Charlotte. January’s events included a talk on implicit bias from Derrik Anderson, Executive Director of Race Matters for Juvenile Justice, and a look at the history of public education in Charlotte, featuring historian Dr. Pamela Grundy. This free, public series will continue with talks on affordable housing (February 27) and criminal justice (March 31).

We embarked on this community organizing model knowing that the work of engaging many people around a shared objective is not often a quick and easy process. An audacious goal—repairing the world—requires an audacious effort. 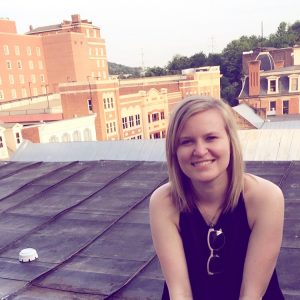